Michael Hutter is Professor Emeritus at Berlin Social Science Center (WZB). He was director of the research unit „Cultural Sources of Newness“ at WZB (2008- 2014), and held a chair for Theory of the Economy and its Social Environment at Witten/Herdecke University (1987-2007). His current research interest is with entanglements between economy and (mostly) visual art in digitized polycultural settings, and with valuation practices beyond payment. Among his recent publications are The Rise of the Joyful Economy. Artistic Innovation and Economic Growth from Brunelleschi to Murakami (Routledge, 2015), and “Three modes of valuation practices in art games” (Valuation Studies, 2021). Michael Lounsbury is the Canada Research Chair Professor of Entrepreneurship and Innovation at the University of Alberta School of Business where he is the Academic Director of the Technology Commercialization Centre. His research focuses on the relationship between organizational and institutional change, entrepreneurial dynamics, and the emergence of new industries and practices. In addition to serving on a number of editorial boards, Professor Lounsbury is the series editor of Research in the Sociology of Organizations. He has previously served as Chair of the Organization and Management Theory Division of the Academy of Management. His Ph.D. is in Sociology and Organization Behavior from Northwestern University. Recent publication: Michael Lounsbury and Mary Ann Glynn. 2019. Cultural Entrepreneurship: A New Agenda for the Study of Entrepreneurial Processes and Possibilities. Cambridge, U.K.: Cambridge University Press. 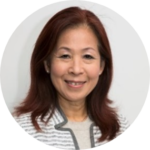 Alice Lam is Professor of Organisation Studies at the School of Business and Management, Royal Holloway University of London. Her research has focused on how societal institutions influence organisational learning and innovation, and the work and careers of creative knowledge workers. Her current work examines career mobility and identity transitions as mechanisms for knowledge transfer across organizational and institutional boundaries. Her research has been published in Human Relations, Organisation Studies, Journal of Management Studies, Research Policy, and Environment and Planning A:Economy and Space. Steve Casper is Henry E. Riggs Professor of Management at  Keck Graduate Institute in Claremont, California.  He is a leading expert on the ‘business of science’ and has studied the success and failure of bioscience hubs around the world. He is widely published in the fields of economic sociology, international business, and public policy, and is the author of a book on the development of the science-based industry in Europe (Creating Silicon Valley in Europe: Public Policy Towards New Technology Industries, Oxford University Press, 2007). Ji-Yoon An [University of Tübingen]

Ji-yoon An is a Postdoctoral Fellow (Wissenschaftliche Mitarbeiterin) in Korean Studies at the University of Tübingen. An received her Ph.D. in East Asian Studies from the University of Cambridge, UK. Coming from a background in Music and Film Studies, An is a scholar of Korean Studies with interests in cultural trends and flows. Her thesis, titled Family Pictures: Representations of the Family in Contemporary Korean Society is forthcoming as a book. Yonghoon Lee is an assistant professor in the Department of Management at The Hong Kong University of Science and Technology (HKUST). In his research, he studies entrepreneurial careers in which people need to actively craft their identity and cultivate networks to survive and succeed—like the careers of creative artists, professionals, and, of course, those in academia. In particular, he is interested in how people create, maintain, and change their identities and networks to adapt to the predicaments of their career, including uncertainty, competition, stratification, and deepening inequality. Yonghoon got his PhD in Organisational Behaviour at INSEAD. Before that, he studied for BE & BBA, and MS at Korea University. Oris Aigbokhaevbolo is a Nigerian writer and pop culture critic based in Lagos. A winner of the All Africa Music award for Entertainment Journalism, he has contributed to the New York Review of Books, The Africa Report, and the London Review of Books.

Veit Erlmann is the Endowed Chair of Music History and Professor of Anthropology and Ethnomusicology at the University of Texas at Austin. He has published widely on South African music and culture. His monograph Lion’s Share. Remaking South African Copyright will be published by Duke University Press in the fall of 2021. Luo Li is an Assistant Professor in Law at Coventry Law School, Coventry University (United Kingdom). Prior to joining Coventry Law School, she had work experience at the Law and Legislative Advice Division of the World Intellectual Property Organization in 2013. She is an Associate Editor of the Queen Mary Journal of Intellectual Property in 2015-2017 and currently, she is a Journal Article Reviewer of QMJIP. She is also a Grant Reviewer (sector of cultural heritages) of the National Social Science Academy in Poland, a visiting scholar at the University of Copenhagen in 2016 and a Fellow of Higher Education Academy in the United Kingdom. In 2020, Li was invited to deliver an intervention at the Conversation on Artificial Intelligence and Intellectual Property Policy organised by the World Intellectual Property Organisation and recently she has been nominated for the Excellence Award in Research 2020 at the Faculty of Business and Law of the Coventry University. Li maintains interdisciplinary research interests including intellectual property, cultural heritages, fashion design, information technology, media and social economic development. Her current research focuses on digital transformation and advanced technologies including application of artificial intelligence in creative industries and its implications to the intellectual property law and regulatory. Relevant publication about intangible cultural heritages and music: Luo Li, Intellectual property protection of traditional cultural expressions – Folklore in China (2014, Springer).

Mary W. Gani [Barrister and Solicitor of the Supreme Court of Nigeria] Rebecca Ohene-Asah (PhD) is a Lecturer in Documentary Film Studies and Production at the National Film and Television Institute-Accra. Her current research centres on safeguard and developments of indigenous cinema archives in Ghana. Her most recent publication is Documenting Africa on Film and Nkrumah’s Legacy in Pan-Africanist Africa. Jihoon Kim is Associate Professor of Cinema and Media Studies at Chung-ang University, South Korea, and currently a Fulbright visiting scholar in the Film and Media Studies program at Columbia University He is the author of Between Film, Video, and the Digital: Hybrid Moving Images in the Post-media Age (Bloomsbury Academic, 2018/16) and Expanded Fields: New Media and the Twenty-First-Century Documentary (forthcoming in Oxford University Press in May 2022). Currently he is finalizing work on Post-vérité Turns: Korean Documentary Cinema in the 21st Century, the first English-written scholarly monograph on the subject. Hyginus Ekwuazi is Professor of Broadcasting & Film at the University of Ibadan, Nigeria, Visiting Professor and Head of the Graduate Film Production programme, SMC—School of Media & Communication, Pan-Atlantic University, Ibeju-Lekki, Lagos, Nigeria. He is the former Director of the NFI—National Film Institute, Jos, Nigeria, and the former Director General, NFC—Nigeria Film Corporation, Jos, Nigeria. His research focus is Nollywood as a cultural encyclopedia and as a creative industry. He is responsible for the first major publication on the Nigerian film industry, Film in Nigeria [1987; 1991; 2018] and significant journal articles on Nollywood and text books on motion picture content creation.

Dal Yong Jin is Distinguished SFU Professor. He completed his Ph.D. in the Institute of Communications Research at the University of Illinois in 2005. Jin’s major research and teaching interests are on digital platforms and digital games, globalization and media, transnational cultural studies, and the political economy of media and culture. Jin has published numerous books and journal articles, book chapters, and book reviews. Jin’s books include Korea’s Online Gaming Empire (MIT Press, 2010), New Korean Wave: transnational cultural power in the age of social media (University of Illinois Press, 2016), Smartland Korea: mobile communication, culture and society (University of Michigan Press, 2017), and K-Pop Idols: Popular Culture and the Emergence of the Korean Music Industry (Lexington, 2019). He is the founding book series editor of Routledge Research in Digital Media and Culture in Asia.

Suk-Young Kim is Professor of Theater and Performance Studies at UCLA where she also directs Center for Performance Studies. She is the author of Illusive Utopia: Theater, Film, and Everyday Performance in North Korea (Michigan, 2010), DMZ Crossing: Performing Emotional Citizenship Along the Korean Border (Columbia, 2014), and most recently, K-pop Live: Fans, Idols, and Multimedia Performance (Stanford, 2018). Her scholarship has been recognized by the James Palais Book Prize from the Association for Asian Studies, the Association for Theater in Higher Education Outstanding Book Award, and ACLS/SSRC/NEH International and Area Studies Fellowship. Currently She is working on a book titled Millennial North Korea: Forbidden Media and Living Creatively with Surveillance and is editing Cambridge Companion to K-Pop. Alessandro Jedlowski is a media and migration anthropologist and the coordinator of the “Chaire Diasporas Africaines” of the Bordeaux Institute of Political Sciences (Sciences Po Bordeaux). After a research doctorate in African studies at the University of Naples “L'Orientale”, he obtained Marie Curie and FNRS grants to conduct postdoctoral research in Africa (in Nigeria, Côte d'Ivoire and Ethiopia) and within the African diaspora in Europe. His recent work mainly focuses on the analysis of the African media industries and on the networks of circulation (cultural, economic, market) which connect Africa and its diasporas in Europe and in the countries of the South (India and the China in particular). His most recent publications include the special issue of the French journal Politique Africaine (no. 154, 2019/1) “L’audiovisuel africain et le capitalisme global”, and the books Regimes of Responsibility in Africa: Genealogies, Rationalities and Conflict (coedited with Benjamin Rubbers, Berghahn, 2019) and Mobility between Africa, Asia and Latin America: Economic Networks and Cultural Interactions (coedited with Ute Röschenthaler, Zed Books, 2017).