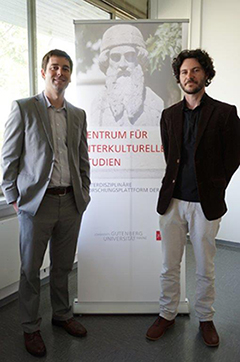 "All My Relatives: Exploring Lakota Ontology, Belief, and Ritual"

All My Relatives: Exploring Lakota Ontology, Belief, and Ritual reinterprets the ethnohistorical literature on the Lakota or Western (Teton) Sioux from a new animist perspective. Applying key insights from what has been called the “ontological turn,” in particular, the dual notions of interiority/soul/spirit and physicality/body and an extended notion of personhood that includes nonhumans as well as humans proposed by A. Irving Hallowell and Philippe Descola, All My Relatives demonstrates how a new animist framework can connect and articulate otherwise disparate and obscure elements of Lakota ethnography, offering new and exciting insights, along with the potential for a deeper understanding of traditional Lakota culture. Reevaluating the concept of animism for twenty-first century use, stripped of its problematic nineteenth-century social evolutionary elements and viewed as an ontological or spiritual alternative, provides a compelling lens through which traditional Lakota mythology, dreams and visions, and ceremony may be productively analyzed and more fully understood. The relational ontology of the Lakota is poetically expressed in their axiom mitákuye oyásʾį (all my relatives, we are all related), the dominant interpretive principle of Lakota culture.

David C. Posthumus graduated from Indiana University, Bloomington (IN) in 2015, with a thesis on “Transmitting Sacred Knowledge: Aspects of Historical and Contemporary Oglala Lakota Belief and Ritual”. His current monograph All My Relatives (2018) presents new research and analysis perspectives, which can be made fruitful, especially for cultural anthropology. At the heart of Posthumus' work is the question of how forms, functions, and meanings of ritual / spiritual traditions of autochthonous groups are transformed under the demands of the post-Fordist industrial and the service society of the American present. These transformational processes and their cultural effects are examined as examples in the mirror of the everyday and ritualized life of the Lakota in South Dakota.

Since 2014 David C. Posthumus is an Assistant Professor of Anthropology and Native American Studies at the University of South Dakota. Before that, he was Associate Instructor at Indiana University, Bloomington, from 2013 to 2014.

The specific feature of David C. Posthumus` work is the mix of contemporary qualitative ethnography and archival source work. On the one hand, classical ethno-historical treatises are critically re-read. On the other hand, and with respect to the current broader, as well as Descola`s more specific ontological debate, Posthumus attains- initiated by a reception of Descola (see Descola 2005) - new and epistemological insights in the field of cultural studies on religiosity and spirituality research - prominently in his recent monograph (Posthumus 2018) - which also allows conclusions about the “own” society.

These aspects are to be deepened during the stay at the JGU, as this direction of research also includes themes, centered around the research and teachings, of the hosting Jun.-Prof. Dr. Mirko Uhlig. In a DFG-funded field research project (2012-2015) on alternative interpretations of the world and etiologies in rural Germany, Uhlig has come across a transnational shamanism scene that has a vital exchange with indigenous shamans and others from South Dakota and promoted intercontinental cultural exchange (see Uhlig 2016). For intercultural research - especially taking into account recent retraditionalization processes - there is much potential for further research achievements.

In addition, he will offer a workshop for the GRK-Group “Ethnographies of the Self in the Present”, funded by GNK/JGU, as well as for students and lecturers of other disciplines, which will focus on methodological and methodological / ethical research issues of “Cross Cultural Studies”, and he will also give a public Lecture to present his latest research results.

Posthumus, David C. (2018): “The Ritual Thiyóšpaye and the Social Organization of Contemporary Lakota Ceremonial Life.” Accepted for publication by the Journal for the Anthropology of North America.